NSCG | Remembrance Day 2019
Your browser is unsupported and may have security vulnerabilities! Upgrade to a newer browser to experience this site in all it's glory.
Skip to main content

On Monday 11 November, students and staff from Stafford College, congregated together to remember those lost in times of conflict and our service men and women still serving today.

The ceremony began with a welcome from Director of Student Engagement and Partnerships at Stafford College, Lesley Morrey followed by an introduction to the service from Level 3 Public Services student, Joshua Peel.

To begin and end the two minutes silence, first year, Level 3 Music Performance student, Abigail Cox Voyle played the ‘Last Post’ and ‘The Reveille’ on the Trumpet. Students and staff were then led into Victoria Square, where they were also joined by members of the public to witness the laying of the wreath at the Stafford Borough War Memorial, by Level 3 Public Services student, Ben Careless.

Level 2 Floristry students from Newcastle College created a number of poppy floral displays which were exhibited throughout the ceremony and collectively helped to make the wreath which can now be seen at the Stafford Borough War Memorial on Victoria Square. 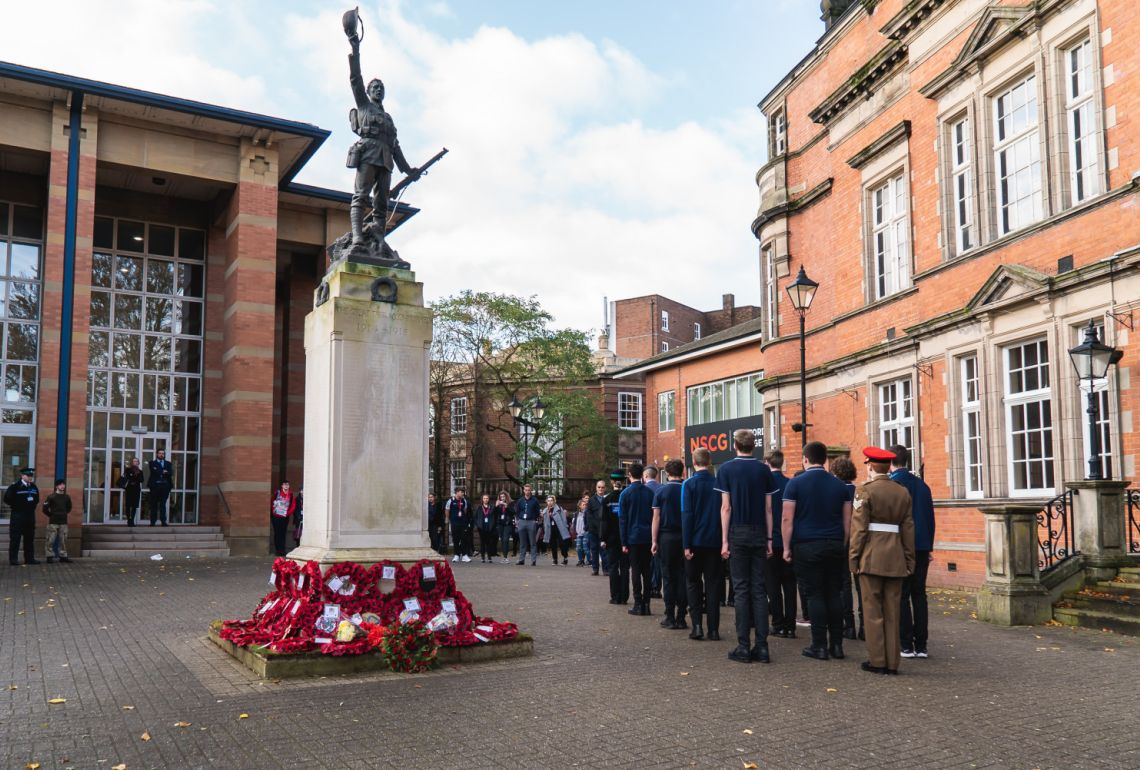 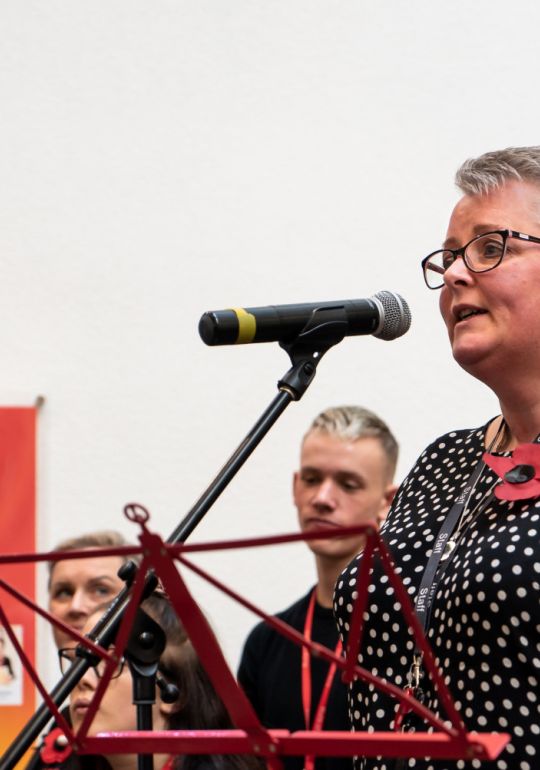 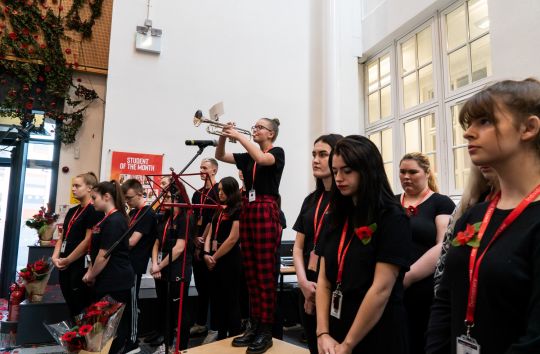 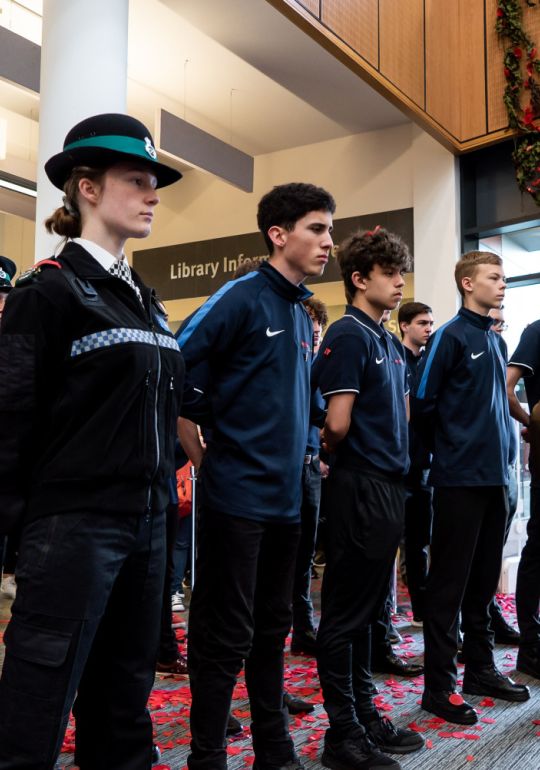 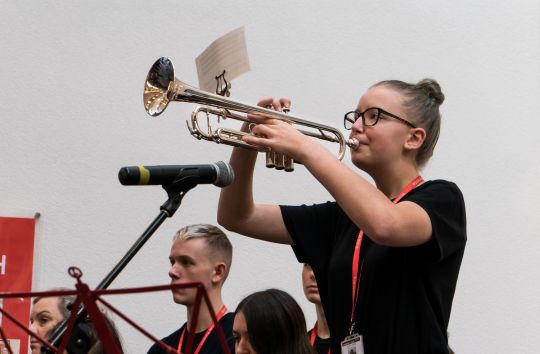 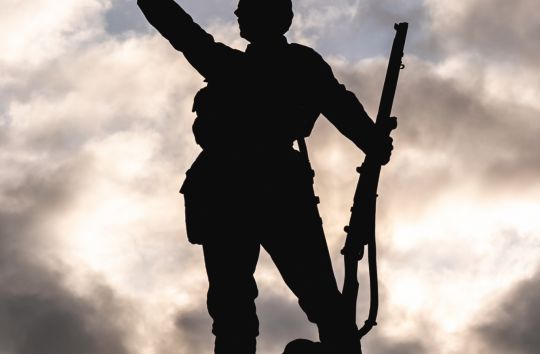